instagram
When we think of Cheryl Cole, we imagine her smelling like a mixture of jelly tots and flowers.
And according to her pal Alesha Dixon, she smells really very scrummy.
"Cheryl is the best smelling celebrity I know," she told The Sun.
“When we climbed Kilimanjaro she always had a bottle of Paris Hilton’s stuff... she probably wouldn’t want me revealing that, actually!”

The following incidents were listed among the official reports of the Vernon Hills Police Departments. Readers are reminded that an arrest does not constitute a finding of guilt. Only a court of law can make that determination. 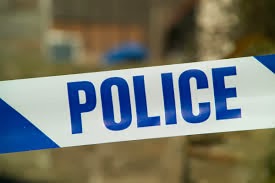 The pair, along with suitcases brought only to stash stolen goods, visited the World Duty Free store at Bristol Airport while waiting for connecting flights. CCTV caught married father Lenard and mother Rezler, pulling dozens of boxes of luxury perfumes such as Chanel into baskets. They then walked to the store's confectionery area and transferred the boxes, worth £4,588.60 in total, into their luggage.

Bristol Crown Court heard that on the second occasion, police – acting on a tip-off from a passenger – arrested the pair as they waited to board their next flight.

Officers discovered 40 boxes of perfume, worth £2,638.40, in their suitcases. Both later admitted two counts of theft.

Recorder David Evans told the pair, from the Polish town of Krzyz Wielkopolski, he wished to ban them from Britain but could not.

The judge sentenced both to two months in prison but acknowledged they had already spent a month in custody after being arrested – and would probably be released instantly.

The court was told Lenard and Rezler booked cheap flights from Poland to British airports in July, August, September, October and December of last year. The pair flew between Poland, Bristol and either Glasgow or Edinburgh before returning to Poland. Police said it had been an audacious shoplifting attempt.


Source
Posted by Hanitizer at 5:49 AM No comments: