In Pursuit of Vanilla 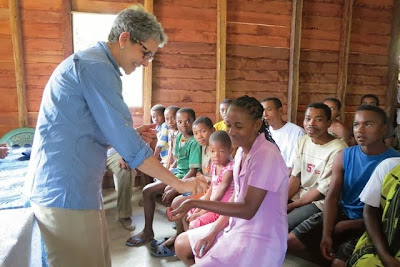 On any given day, fragrance expert Ann Gottlieb smells a host of delectable ingredients, but vanilla always emerges as a beloved favorite.

Her fondness for the ingredient has served her well, resulting in career successes including Calvin Klein’s Obsession and Eternity, Marc Jacobs’ Lola and J’adore by Dior.

“For me, the more delicious and lickable a fragrance is the better,” says Gottlieb, founder of her namesake consultancy, Ann Gottlieb Associates Inc.

“In analyzing all the fragrances that I’ve done, it’s rare that a fragrance doesn’t have a real hit of vanilla in it,” says Gottlieb, who is known for her talent in translating a fragrance concept into a recipe of sorts for perfumers.

“The first scent I ever wore was Shalimar, which is chock-full of vanilla,” she recalls. “It’s not an accident that Obsession was my first big success, because it’s certainly a child of Shalimar.”

In recent years, Gottlieb’s pursuit of vanilla has led her to several exotic destinations, including Madagascar and Uganda, two countries where vanilla plants are plentiful. “It’s always been an ingredient that’s an anchor for me, so the idea of going to where it’s grown, to see who grows it and what the process is like, was a thrilling opportunity,” she says. “It also married my two most-precious loves: travel and my work. I adore travel, especially adventure travel, and this was some adventure.”